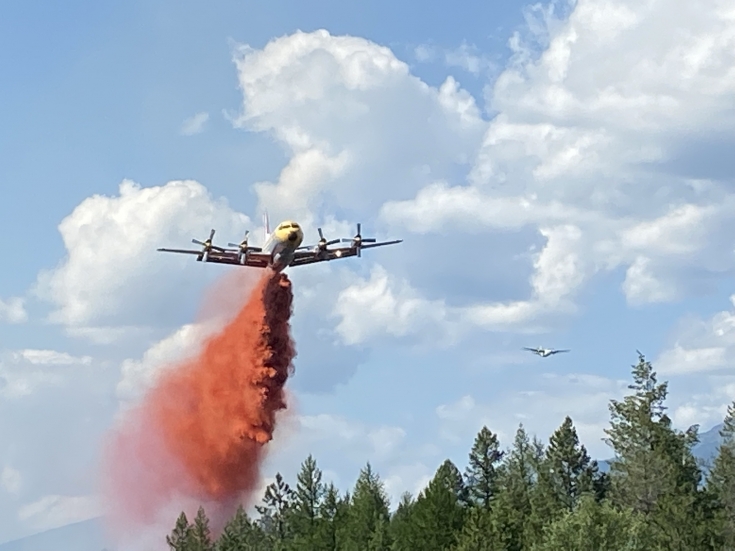 An Emergency Support Services Reception Centre has been set up at the Elko Community Hall for residents of the Caithness Mobile Home Park in the Galloway area who were evacuated due to a wildfire today.

“A total of 46 homes were evacuated this afternoon and evacuees are asked to register at the ESS Reception Centre,” says Information Officer Loree Duczek.

The fire, which is estimated at 0.5 hectares is burning along the rail lines near Highway 3 is quite visible. Motorists are asked to avoid stopping in the area. “If you need to travel through this corridor, we ask that you keep moving to avoid traffic congestion and keep the area as clear as possible for the responders,” adds Duczek.

15 firefighters from the RDEK’s Elko and Jaffray Fire Departments responded to the call this afternoon along with 8 pieces of apparatus. BC Wildfire Service deployed an initial attack crew supported by both helicopter bucketing and airtanker retardant drops. Both agencies remain on scene at this time.

“We are grateful to the members of our South Country Fire Departments and the BC Wildfire Service crews, who’ve responded by ground and air today,” adds Duczek.

The next update is expected later this evening.

Photos: An airtanker makes a retardant drop on a fire burning near the Caithness Mobile Home Park, which was evacuated this afternoon after a wildfire broke out. 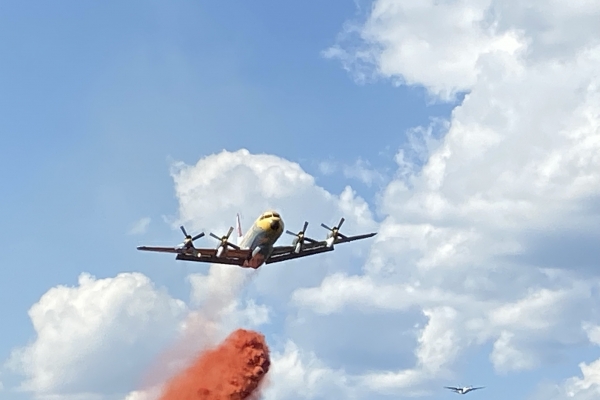 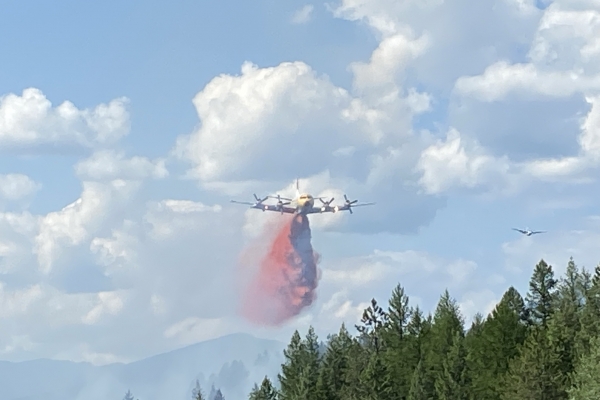